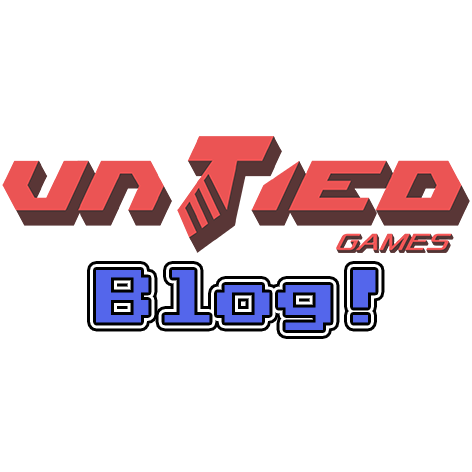 First, I’d like to introduce the next tileset in the Super Pixel series: Super Pixel Sewer! You saw a bit of it last week, and now it’s fleshed out with many more decorative elements. I’m still working on backgrounds and terrain layout for the example image. 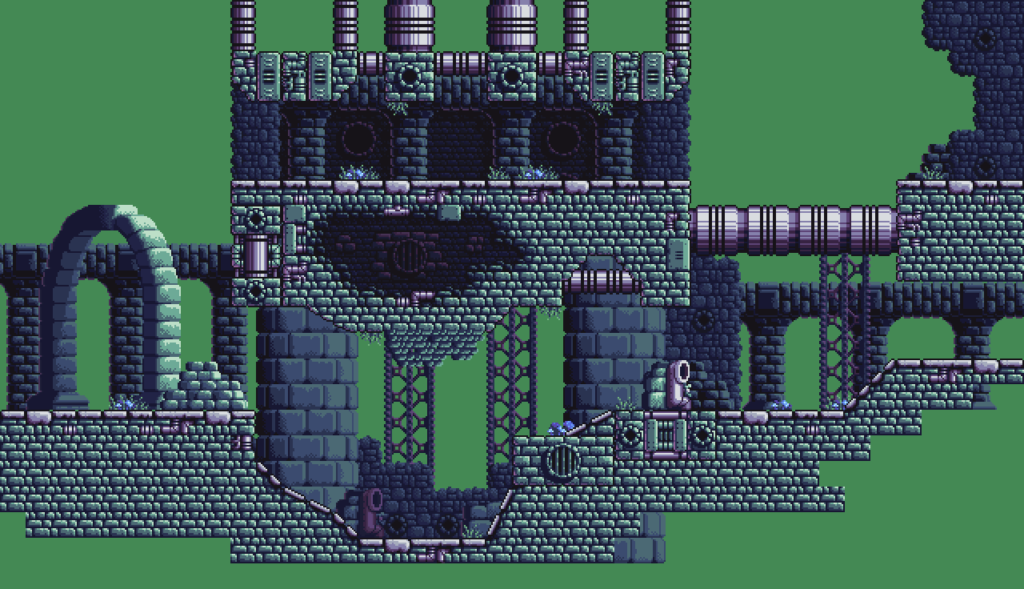 I’ve been adding more decorations in much larger variations and in sizes up to 128×128. Starting with Sewer, future tilesets will be able to have much larger and unique props! Here are some detail views: 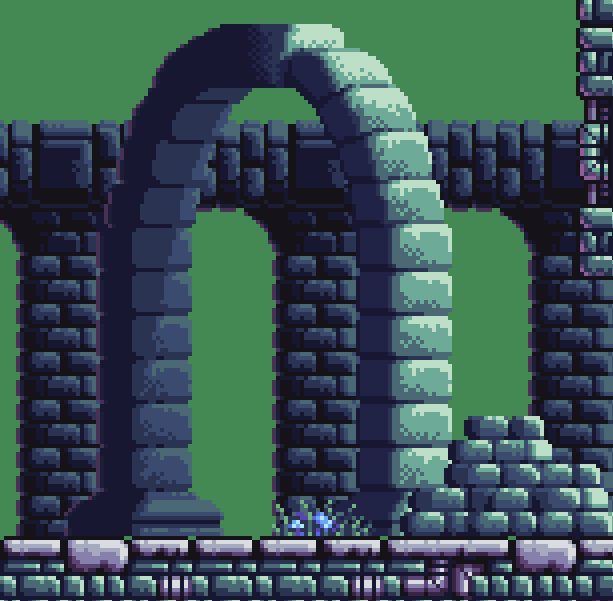 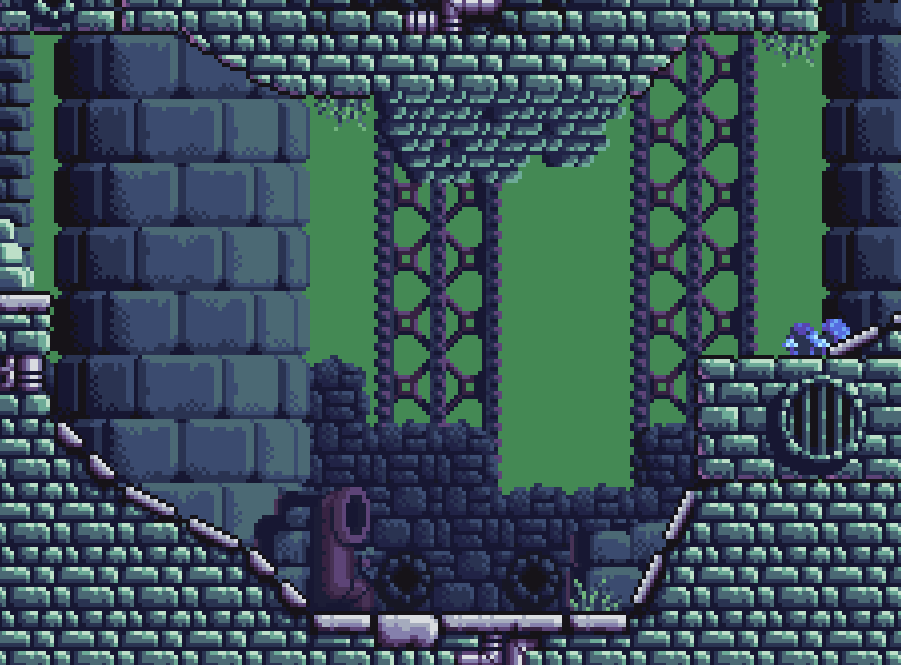 I’m so excited- It’s one of my most detailed tilesets yet!

Next, I know some of you have been wondering about Atmocopter. The last time I demonstrated the game in public was March 2020, but development has continued slowly. I made the decision to move away from Java and libGDX, and transition to C++ and SFML, while redesigning my game engine along the way. I’m making good progress every week on it, but the re-coding of Atmocopter with the new language and engine hasn’t started yet.

While I work on the engine, I’ve been tinkering with the art style of Atmocopter. The tileset used in the game is one that evolved over a number of years, and it felt like it was time to redo the environment art properly. This is a work-in-progress look at one of the tilesets that will appear in the game: 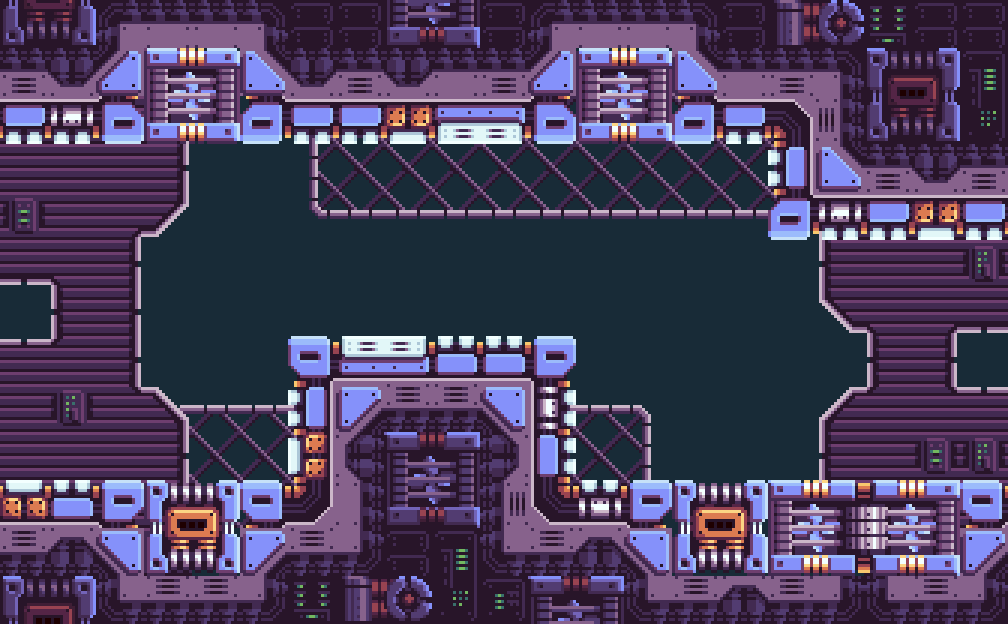 That’s not all the Atmocopter news. As many of you know, I’m a fan of Low Rez Jam, but haven’t made an entry to the jam since Demon’s Hymn 2 in 2018. Actually, in 2020, I started working on a game for Low Rez Jam which never released… At least not yet! 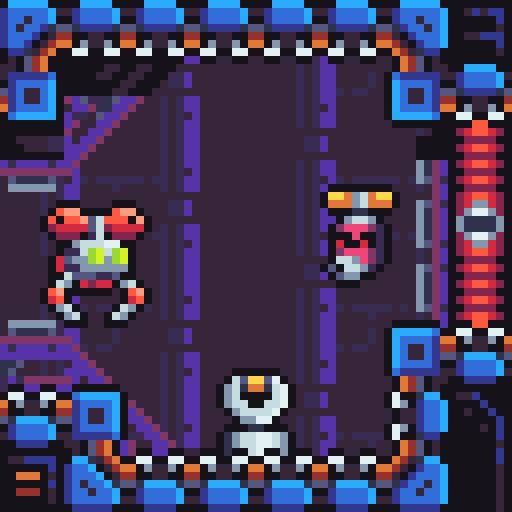 It started out as just a mockup (above), and then I began the process of turning it into a real game. The physics were a little hard to translate from the high-resolution version of Atmocopter down to 64×64, but it was fun! 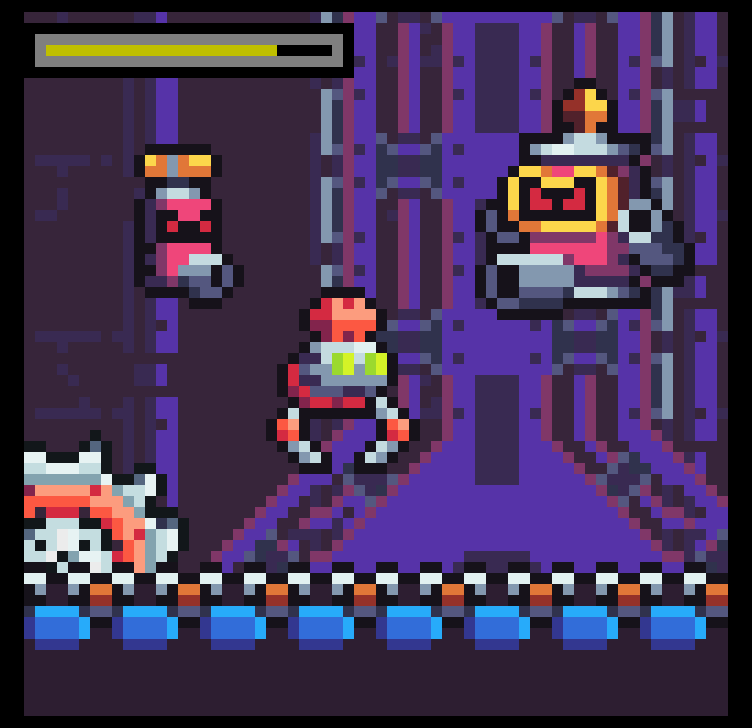 Somehow, the art turned out to look even cuter than the full version, which of course makes it all the better when you explode into pieces or get sliced in half.

With Atmocopter Mini, I also decided to experiment with some new mechanics and ideas, including a long-range, multi-directional claw grab and a giant fan that you have to spin to get past. 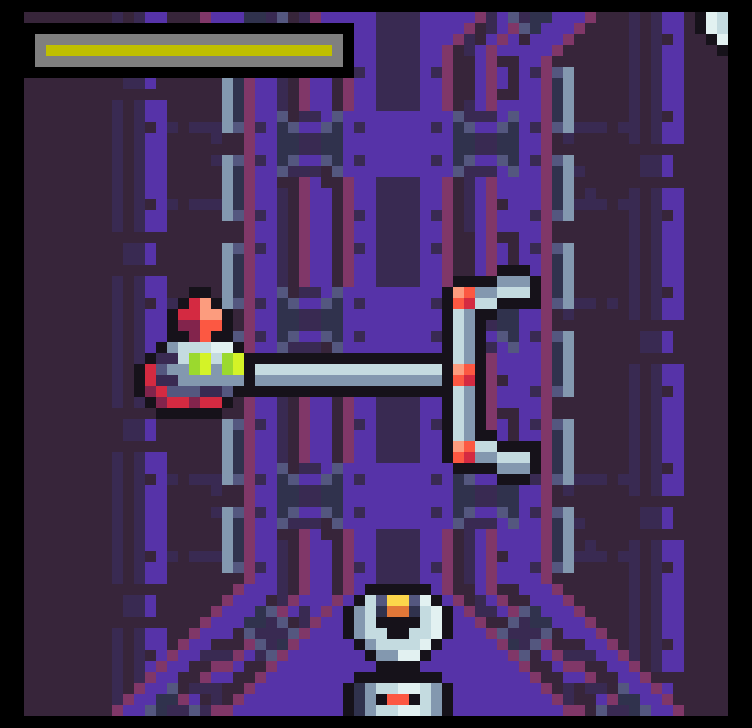 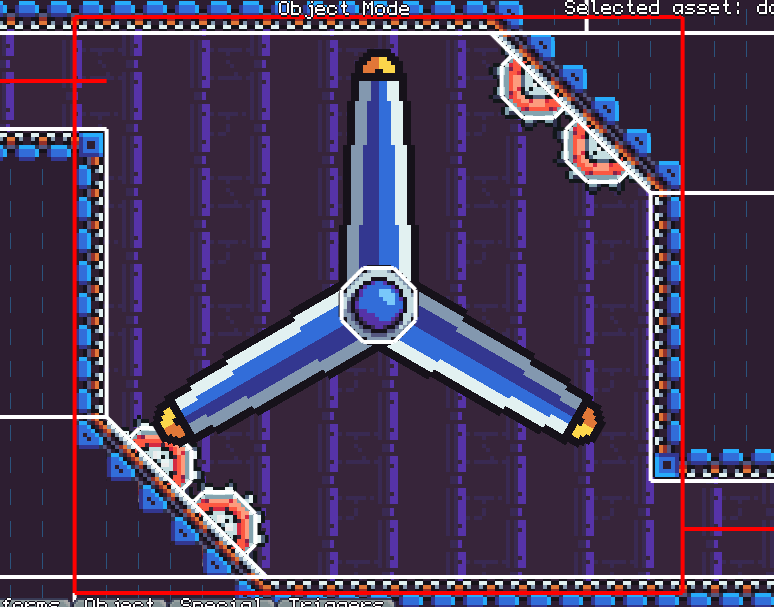 Not all of these ideas will make it into the final game (Mini or Atmocopter proper), but Atmocopter Mini has already proven itself a great place to experiment with new ideas, without the higher-resolution art commitment. It’s a nice little test environment!

Start of a level, in the level editor: 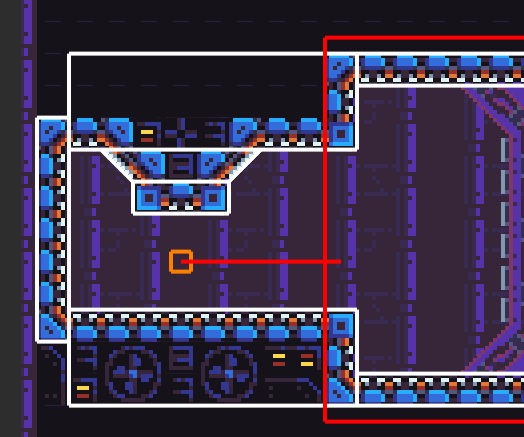 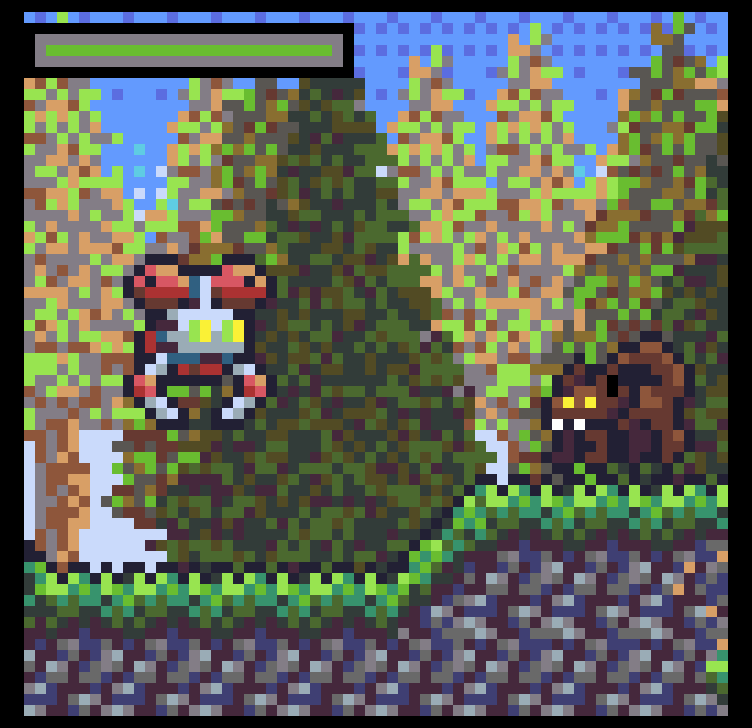 So, long story short, Atmocopter Mini got left on the cutting room floor while my commitment to FUZE work grew. I’ll come back to it someday, either as a full game or as a bonus game-in-a-game as part of the real Atmocopter. In the meantime, I’ll release the unfinished Atmocopter Mini as a demo this Fall!

Thanks for tuning in! I’ll be in touch next week with lots of WIP pixel art and more!